Skip to Accessibility ToolsSkip to ContentSkip to Footer

Ask the Advocates: Accepting a Diagnosis

What does it mean to "accept" a blood cancer diagnosis? 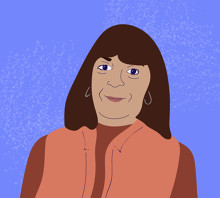 No one likes the idea of having cancer. There is a concept called, "radical acceptance". It means accepting life on life's terms and not resisting what you cannot change. Accepting a cancer diagnosis is difficult, but one must learn to deal with the emotions. For me, this meant that while I was angry and in denial, I needed to follow the oncologist's recommendations.

I explored options to help this situation. For my family, faith and friends provided tremendous support. I learned to share my thoughts and make any required life changes. Every moment of life has become precious. I have developed a bucket list of things that are important for me to achieve. Parasailing was one of my first achievements, more to follow. Acceptance remains a dynamic process. Every day is a challenge. 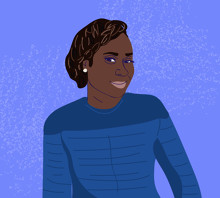 Accepting a blood cancer diagnosis means that you have come to term with the reality of this situation. It means you've reviewed the options presented, whether traditional or alternative, and you're ready to delve in this fight to survive. The end result from this journey is a success, and that is the big prize- LIFE.

You've agreed to cope with all that comes with this walk, injections, nauseous, fatigue, pain, etc. the end of the road you're expecting and hoping a longer life expectancy to share with family and friends, and continuing to live your best life despite the statistics. Basically, accepting your cancer opens up the discussion of how you wish to move forward with the rest of your life. Acceptance of this disease doesn't mean failure, it only means a new way to grasp and move forward. 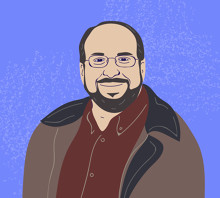 My blood cancer is follicular lymphoma. It's slow-growing and considered incurable. For some patients, it can stay slow-growing. For others, it can get more aggressive over time. For still others, it can turn into a completely different, more deadly lymphoma. So for me, accepting the diagnosis is kind of an ongoing thing.

It means accepting that the disease I have now might not be the one I have in a few months. But it also means not worrying about what happens a few months from now. "Live for today" is kind of a cliché, but it's the best way I can think of to handle it all. I try not to worry about things I can't control. 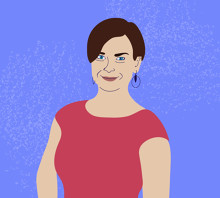 Looking back, I don't think I ever really accepted my blood cancer diagnosis, I simply did what I had to do to fight it as best as I could. I also don't think I realized the severity of what I went through until after I was finished with chemo. I remember being flooded with emotions when it was all over and not knowing how to deal with these feelings. I think that's the moment when it all sunk in for me.

Now that I'm cancer-free, it's still hard to accept sometimes. Thinking back to my treatment days feels like a terrible nightmare and I can't believe it all actually happened. I think my mind has blocked out a lot of those memories and it's hard to remember a lot that happened, so with all that said, I don't know if someone can ever truly accept a cancer diagnosis, we just learn to cope and get through it the best we can. 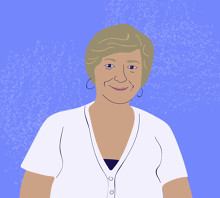 I am not able to tell you how it would feel to 'accept' a blood cancer diagnosis, but I am able to say how it felt like a caregiver to hear this news - it was like a punch in the gut! Who gets cancer at just 24? It was definitely a tough blow. My daughter told me she had Hodgkin lymphoma on the phone because she was states away. It was hard to hear, but I had to be strong for her.

I did my best to assure her it would be fine, and we would do everything we could, even though I wasn't sure of this myself and felt scared. I knew she would have to have a positive attitude going into this, so she could fight it. I didn't know what she would have to go through yet, but in my own head, I could only imagine the worst while trying to stay positive for her. I lost my mother to lung cancer and it was horrible, I didn't want to see my daughter go through what she did.

The doctors seemed pretty sure she would be cured, but it wasn't an absolute guarantee. Then she started the treatments which were really rough on her. Crystal was a fighter though, and she made it through. Hearing that you or a family member has cancer is never easy. As a caregiver, the best we can do is to just be strong and supportive and give plenty of hugs. 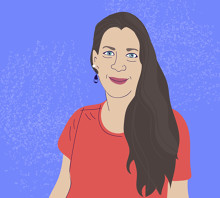 I don't know if I have an answer to this. Everyone is so different and all of the blood cancers are so different, I don't think there is one answer for all. Bearing in mind when I was diagnosed over 12 years ago, I had NO idea what blood cancer was! And it took me quite a few years to realize that leukaemia was a blood cancer. Even though I knew the cancerous cells were made in my bone marrow and circulating in my bloodstream. It may also be that in the UK the term blood cancer has only become mainstream fairly recently. Most have heard about leukaemia and/or lymphoma but most probably don't realize they are blood cancers.

As a chronic leukaemia patient, I often have a different outlook on others because of the nature of my treatment. It's life long, there is no 'cure'. This has also meant that I haven't had aggressive treatment and had to endure intravenous chemotherapy or radiotherapy and all that goes along with it. In this way, I suppose my treatment has been 'easier' and everything associated with it has been 'easier' to accept. But maybe that's just me and my attitude to life. I have done my best to just keep on living. I was 22 when I was diagnosed and decided then not to make my whole life about cancer. So I suppose by doing this, I just accepted my diagnosis and kept on going as much as I could.

What was the biggest challenge to accepting your diagnosis and is there anything you are still struggling to accept?

My cancer diagnosis was noted after a routine x-ray. I felt great and had just enjoyed one of the best summers of my life at the shore. Suddenly my life was turned upside down. As a nurse, I read everything I could find about non-Hodgkin lymphoma. The biggest challenge to accepting my diagnosis was the "watch and wait" approach to treatment. The research indicated that early treatment did not affect the overall survival rate.

I could not wrap my head around having cancer and not receiving treatment. It made absolutely no sense. I consulted with a second oncologist from a major tertiary center who concurred. That was eight years ago. I have completed chemotherapy and immunotherapy and am happy to be in remission for five years.

My struggle now is the annual CAT scan that causes me scanxiety. I try stress management techniques, prayer and family support during this difficult time. I will see the oncologist next week and will have the CT scan this month. 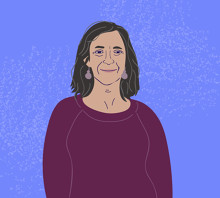 In October 2002, I felt so good running a half marathon that I thought I could at least start the extra loop on which the full marathoners were continuing. In February 2003, I ran a hilly 10-miler and didn't make much of walking over some hills because other people were doing it.

When I was diagnosed with acute myeloid leukemia (AML) in March 2003, after I completed a 10-K race, it was hard for me to believe, in the face of the races I had recently run. I had to accept it because a hematologist told me it was so, but it was hard for me to understand how I could be a sick person when, except for being more tired than usual in the last race, I felt like a healthy person.

It's still hard for me to accept that I can't do all the things I did before. Sometimes I overdo it and get hurt. My kids are not happy about this.

The biggest challenge to acceptance was getting over that feeling of helplessness. Every cancer patient feels that after a diagnosis, but I think it might be even worse for men. Society tells us we're supposed to meet a challenge in a certain way -- be strong and fight.

So acceptance can feel like giving in and not fighting anymore. Very "un-manly." But in reality, accepting a diagnosis takes more strength than anything else a man (or a woman) could go through. It means doing what you can to educate yourself and take care of yourself.

The one thing I struggle the most with about my diagnosis is the "why?" I so badly want to know why I got cancer so that I can make sure it never comes back and I never have to go through that again. My doctors tell me that Hodgkin lymphoma isn't a lifestyle cancer, meaning there's nothing I could have done to prevent it, but that's so hard for me to accept.

If there's nothing I could've done to prevent it, there's nothing I can do to make sure I never have to go through that again and that is so scary to me. I can't help but feel like there is something I exposed myself to or did in my life to receive the diagnosis I did and that's a constant mental battle I still struggle with.

That I have it. Most of the time I forget that I live with chronic myeloid leukaemia. Yes, I take oral chemotherapy every morning. Yes, I need lots of sleep and feel more tired than most. But overall, my thoughts are taken up with just getting on with the day and what I need to do. And then out of nowhere, it will hit me. And I will feel sad and cry and there is also a sense of disbelief around it. Even though it's been over 12 years now.

The thing I struggle with most is needing at least 10 hours of sleep a night because of my treatment and the fatigue around it. Until very recently I also really struggled with not being allowed to have a baby, but recently that has all changed! I am in a good enough place that my consultant will happily take me off treatment for a year which is amazing! The third thing that I struggle to accept is when I'm told that I'm lucky with my diagnosis and treatment. I am in a way yes. But I would love more than anything to have an end of treatment date. To get to 5 years and be discharged. To no longer be a cancer patient. That would be beyond incredible.

How Do I Connect With Other People In The Blood Cancer Community?

Cycling Through Moods is a Normal Thing to Do

11 comments
This article represents the opinions, thoughts, and experiences of the author; none of this content has been paid for by any advertiser. The Blood-Cancer.com team does not recommend or endorse any products or treatments discussed herein. Learn more about how we maintain editorial integrity here.