I first met Pamela, 64, when we worked together starting about 30 years ago. Long after we had both moved on to other jobs, and in her case, another state, we maintained a close friendship.

So when I was diagnosed with chronic myeloid leukemia (CML) five years ago, Pamela was there offering support. About a year ago, the tables turned. She was diagnosed with polycythemia vera (PV), a rare blood cancer caused by a genetic mutation.

Pamela’s journey to a PV diagnosis

Pamela explained that she has been plagued most of her life with fatigue and other symptoms like insomnia and dry skin. Doctors chalked up her issues to menopause, anemia, borderline low thyroid (within normal range), and simply, the effects of aging.

But in late 2017, her primary physician became concerned over some blood test results and referred her to a hematologist. After more tests, the hematologist said that she had an unusual form of anemia common to women with Mediterranean descent. As a result, Pamela kept to a regimen of iron supplements – but they came with terrible side effects. She was switched to a different iron medication every other day that appeared to put things back on track.

In January 2019, things derailed. “The doctor was confused,” Pamela noted. “He said, ‘When you first came to me, your iron was so low, I didn’t know how you could be standing.’” Now, what he was seeing was just the opposite – she had too much iron. They dispensed with the supplements but when she returned in April, her iron levels had not decreased.

Her blood was thicker than before. The hematologist told her the litany of possible causes including PV. More tests followed, including one with a $500 price tag that she had to pay out of pocket because insurance didn’t cover it. “I wanted to know what was going on so I went ahead with (the test),” Pamela said. “It was worth it so I set up a payment plan with the hospital.”

Her hematologist confirmed a PV diagnosis on June 11, 2019.

The date was significant. It fell three days before she was about to meet her birth mother for the first time. And, she was about to travel from Virginia to Massachusetts (by car) to do so.

These days, Pamela’s treatment includes the oral chemo drug Hydrea and baby aspirin, as well as monthly trips for phlebotomy, or what she not so amusedly calls “bloodletting.” Here’s how that works: Her hemoglobin gets checked. If it is under 12, she doesn’t have to have the procedure done. But when her numbers are up, she has to endure the process of jiggling needles, an IV, and an attempt, sometimes a struggle, to remove red blood cells in order to improve her blood circulation.

Your diagnosis doesn’t define you

Pamela’s condition has taught her to do better self-care, she said. Nausea and fatigue are problems and there are days when she doesn’t want to face breakfast or get out of bed. But she pushes herself and, she urges others with PV to not give in to the blood cancer.

“Don’t let it define you,” she said. “You are still you. Push through when you can but take care of yourself when you need to. Don’t let it become a crutch for turning into a negative hermit.”

Pamela is retired but keeps active with a book club, takes adult ed enrichment courses, and is writing a mystery novel. She tries to get out and about, meeting up with friends and family members who she noted have been supportive. And, she recently learned that her nephew by marriage has the same kind of blood cancer. 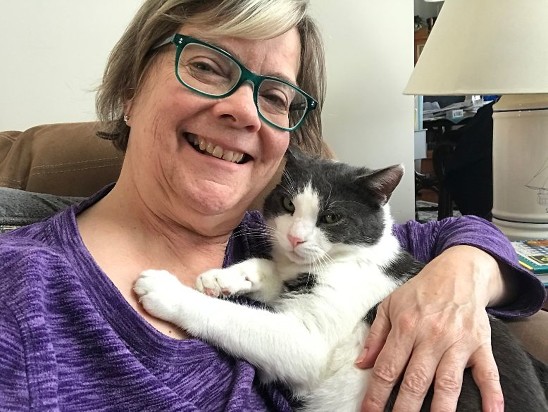 “It is what is,” she said of PV. “I try not to let it impact me more than it has to. There are days that I could stay in bed all day but I choose not to. That’s not living life.”

“Daily naps and stretching exercises help with fatigue and bone pain. What doesn’t help is dwelling on the side effects of PV,” she said. “Emotionally, if I think about blood cancer, it does a number on me. I try not to think about it. I was told I would die with it rather than from it. It is in the back of my mind it could progress to full-blown leukemia and I worry that I’m prone to other cancers, blood clots, and strokes.” 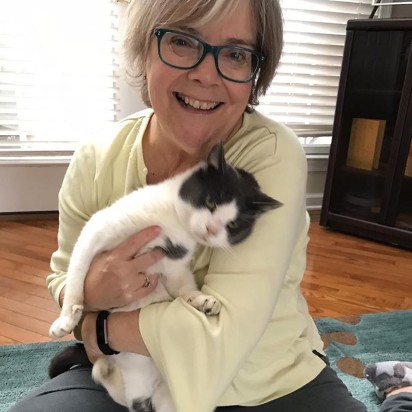 Still, Pamela emphasized that she prefers to carry on with her life and “make more happy memories” and she has a mischievous cat to chase after.