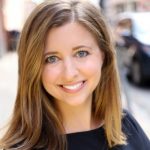 September 13, 2018 is MPN Awareness Day! Myeloproliferative neoplasms (MPN) are a type of blood disorder that is often considered a blood cancer. MPN develop due to a change, called a mutation, that occurs in the DNA of stem cells in the bone marrow, which results in abnormal development of blood cells. This abnormal development causes an overproduction of red blood cells (RBCs), white blood cells (WBCs), or platelets.1

The three classic types of MPN make up the majority of MPN cases.

Polycythemia vera, essential thrombocythemia, and primary myelofibrosis are the three classic types of MPN. In polycythemia vera, there is an overproduction of red blood cells. In essential thrombocythemia, there is an overabundance of platelets. In primary myelofibrosis, fibers and abnormal stem cells (known as blasts) crowd and scar the bone marrow.1 These types of MPN are considered Philadelphia-chromosome negative, which means that the genetic abnormality called the Philadelphia chromosome does not exist between chromosome 9 and 22.2 While there are other types of MPN, the three classic MPN are most common.

Not everyone has symptoms when they are diagnosed.

Some people may have symptoms prior to diagnosis, while others may develop symptoms at some point after they’ve already been diagnosed. Some MPN are discovered as an incidental finding, which means that the disease is unintentionally discovered during testing for another condition (such as through routine blood work or a test being done for another condition). MPN symptoms can include weakness, headaches, night sweats, weight loss, and fevers. Each type of MPN may also have additional symptoms that are caused by the specific blood element that is elevated.1

Some people can have features of both MPN or MDS.

Some individuals may have features of both MPN and myelodysplastic syndrome (MDS), which is a blood cancer where the blood stem cells do not correctly develop into mature blood cells. This often leads to low blood cell counts and/or cells that are abnormal (known as dysplastic).3 Individuals with MDS/MPN may have an increase in certain blood elements (a feature of MPN), as well as blood cells that look abnormal (a feature of MDS). The most common MDS/MPN subtypes are chronic myelomonocytic leukemia (CMML), juvenile myelomonocytic leukemia (JMML), and atypical chronic myeloid leukemia (aCML).4

Only a few risk factors have been identified.

While we may not know the exact cause of MPN, there are some known risk factors that can increase a person’s likelihood of developing an MPN. A proportion of people with MPN have a mutation in the JAK2 (Janus kinase 2) gene or the CALR (Calreticulin) gene, among others.5 Additional research into these genes and others is ongoing. Exposure to certain chemicals, such as benzene, or radiation may be related to the development of some MPN.1 Family history may play a small role in the development of MPN, but most people who develop an MPN do not have a family member with the disease. However, polycythemia vera is found to be more prevalent in individuals of Eastern European Jewish descent than in other Europeans of Asians.6