Blood is the red fluid that flows through the body through veins and arteries. Blood plays several important roles in the body, including:

Blood is made up of several components: plasma, red blood cells, white blood cells, and platelets. Each of these components plays a different role in the body, and each are critical to the health and functioning of the body.3

Figure 1. The elements of blood 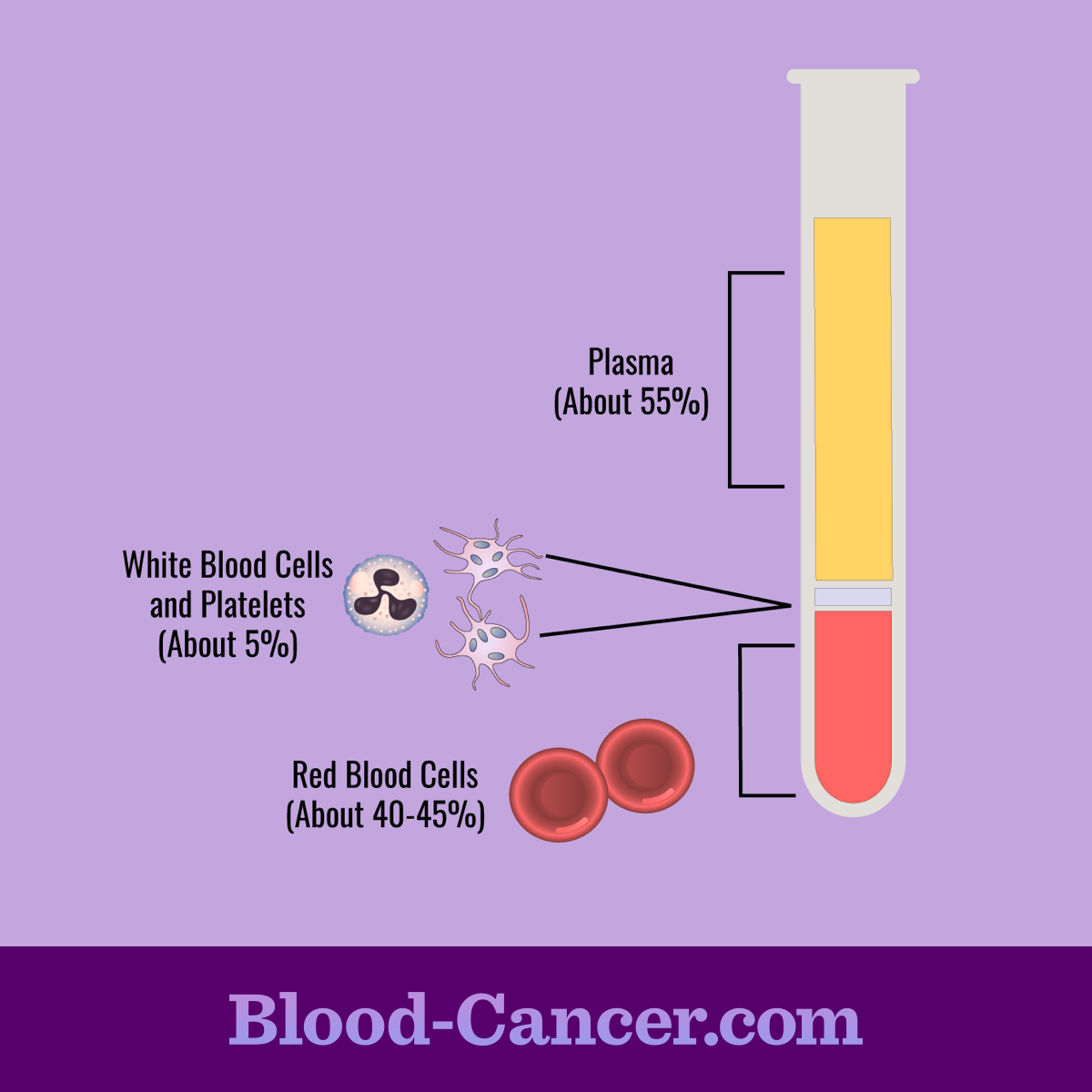 Plasma is the liquid part of the blood. It makes up about 55% of blood and is mostly comprised of water, as well as sugar, fat, proteins, and salts. The major function of the plasma is to transport the blood cells and other substances to and from the cells of the body.3,4

Red blood cells, also called RBCs or erythrocytes, carry oxygen to the cells from the lungs and transport carbon dioxide from the cells back to the lungs. The protein in RBCs that enables them to carry oxygen and carbon dioxide is called hemoglobin. Hemoglobin is what gives RBCs their red color. The test used to determine the percentage of RBCs in the blood to plasma is called a hematocrit. In a normal health individual, RBCs generally make up about 40-45% of the blood.3,4

Platelets, also called thrombocytes, help in clotting to stop bleeding. Platelets can stick together (coagulate) at the site of an injury to form a fibrin clot. The fibrin also creates an internal structure for new tissue to grow and healing to occur. If a person does not have a sufficient quantity of platelets, they can have difficulty forming clots and experience significant blood loss from injury. On the other hand, if a person has too many platelets, they may experience too much clotting, which may potentially lead to stroke or heart attack.4

How blood is formed

The plasma is made mostly from the water from ingested food and liquid, which is absorbed into the body from the intestines. The red blood cells, white blood cells, and platelets are created in the bone marrow, the inner, spongy center of bones. Certain large bones have larger amounts of bone marrow, such as the ribs, hips, skull, and sternum. The bone marrow contains blood stem cells, which are immature cells that can become different types of blood cells in the body. The stem cells that form to create blood cells are called hematopoietic stem cells, and the process in which they are formed is called hematopoiesis. Hematopoietic stem cells can become myeloid cells or lymphoid cells. Myeloid cells can then become cells such as red blood cells, granulocytes (eosinophils, neutrophils, and basophils), and platelets, while lymphoid cells can become cells such as B cells, T cells, and natural killer cells.2-4 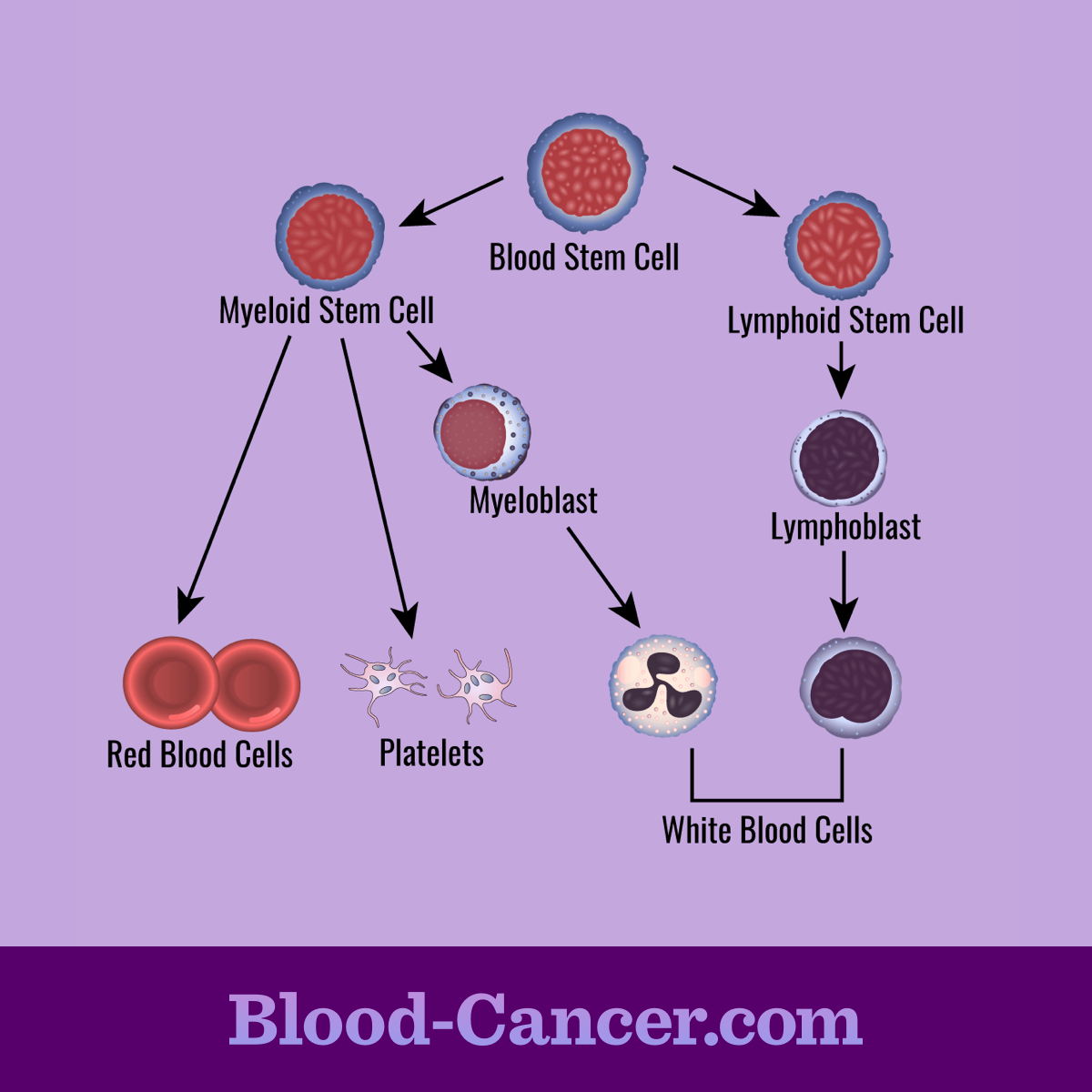 How the components of blood are measured

The quantity of various different components of the blood are measured by a blood test called a complete blood count (CBC). A CBC is frequently used as a measure of overall health and can help in the diagnosis of a number of conditions, including anemia (not enough red blood cells), infections, and blood cancers.6