When The Cancer Bills Eventually Come Due 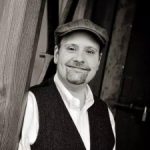 Like with anything in life, the bills eventually come due, and cancer is no exception. Now that I’ve been done with chemo for a few months, the bills are coming in force – but not just the monetary ones. Cancer puts everything else on hold, but life always comes knocking no matter how long you put it off. When that wave eventually breaks and comes crashing in through every window and door, it’s all you can do not to drown.

When cancer knocks, life gets put on hold

From the minute you hear the first whisper of the big C, your life instantly stops and takes a hard left turn. That means everything else is put on insta-hold – the promotion you want, your fantasy football team, even leveling up your character in Fortnite – cancer stomps down on it all like a big army boot into a pile of dog poo, which is what your life feels like at that point. Poop. Your one and only concern, task, job, is to survive and get better, and all of your energy goes towards that end. You beg, borrow, steal, and cajole your way to putting off anything that isn’t cancer by telling yourself (and let’s be honest) that either you’ll survive and deal with it later, or you won’t and Visa can go Mastercard themselves.

After cancer, relief and then the bills arrive

So then you make it through and finally, the light at the end of the tunnel begins to shine. Hope begins to creep back in despite all efforts to the contrary and it starts to look like you dodged the bullet that life fired at your DNA. Chemo ends, and after a few months, you finally sit down and take that first free breath, that first free minute where your life begins to feel like your own again and it is glorious! You break out the celebration Haagen Dazs or the happy place Dirty Dancing DVD you’ve been saving for that special day, and life begins to resemble the wonderful mess it was before cancer. You are so relieved you didn’t die and that things are calming down that you don’t realize that all those real-life problems you put on hold are starting to creep back in and then, one day, you go to get the mail and you realize that there are eight envelopes and inside every single one is a bill that’s come due.

Bills for cancer care are a shackle around my ankle

When that moneysmack hits you right in the face it’s almost like getting cancer all over again. Well, not really like getting cancer again, but all those emotions come flooding back. The sheer amount of money those papers represent is overwhelming but also they serve as a reminder. A little voice saying, “You had cancer and I’ll never let you forget it, my pretty! Muhahaha.” (My bills are the wicked witch of the west, but yours can be whatever villain you want.) Those bills are more than just something to pay off – they are an anchor, a weight shackled around your ankle that keeps you tied to your cancer until, well, until you pay them off which in my case is the year 2050 or so. 2045 with time off for good bill paying behavior.

I’m no stranger to medical bills, I’ve been dealing with them for over thirty years and they are no picnic, I’ll tell you that. Sometimes I think the people just make up arbitrary numbers and plug them into my bills just to see if I’ll notice. Not like I would, though, because the bills come in an eight-page novel full of indecipherable gobbledygook filled with words like co-insurance, benefit amounts, co-pays, and amount you MAY be responsible for. It takes a degree in accounting just to figure out what you owe – sorry, may owe, because God forbid you get a definite balance. Even if you pay, there’s no guarantee they will stop hounding you. Do you know how many times I’ve been sent to collections for $8.32 cents? Or $4.64? Or once, $1.88? That’s the monetary equivalent of less than ten minutes work by one person at the collection agency. Just by looking at my bill, their employee has cost the company more money than it would get by me paying them. Still, though, they need that $1.88 cents from me or I guess the whole hospital will fold or something. It’s absurd, but it happens almost every day now. Once I counted ten envelopes from the same hospital visit, and every single one gave me an emotional hotshot that brought back that ol’ cancer feeling.

I did what most do and made payoff deals with the medical billers since they got a bunch of money from insurance already. Ironically, I’ll be considered cancer-free in another year or two, but I won’t be cancer-bill free until 2024. No joke – it’s going to take me longer to pay off the bills than it took from the time the first symptom showed to being considered cured. Bills aside, though, there’s also the real life stuff I put off that’s coming crashing back in as well. Writing projects and aspirations for my career that were pushed aside are nipping at my heels again with that little voice screaming in my head “you’re getting older you idiot! No more time to waste, and don’t give me that ‘I have cancer’ bull any more!” God forgive me but sometimes I think it was emotionally easier to deal with one all-consuming cancer black hole of a problem set right in front of me than the death by 1000 problem cuts coming from every angle I’m suffering now.

The bills in life always come due – it’s something I’ve been told time and again. Hell, it’s something I’ve lived time and again, and yet, somehow, after I survived lymphoma, I lived in a blissfully forgetful state for a while, thinking that the tab would never have to be paid. What can I say, I’m a hopeless glass-half-full kind of guy. Now, though, I have to take that glass half full of change and turn it in to Coinstar to pay off the credit agency who insists that my $5.73 cents is as life or death as cancer. Talk soon.