What is Mantle Cell Lymphoma? 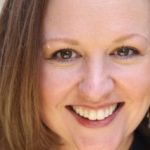 How does mantle cell lymphoma develop?

Mantle cell lymphoma is named for the location in the lymph nodes, the mantle, where the B cells reside. While the exact cause of MCL and other lymphomas is not known, blood cancers like these begin with changes (mutations) in the DNA of the B cells. One of the common mutations found in MCL is the translocation between chromosomes 11 and 14. (In a translocation, parts of each chromosome exchange places.) This mutation causes an overproduction of the protein cyclin D1, which triggers tumor cell division and growth. Other genetic mutations that may be associated with MCL cause overproduction of other proteins (cyclin D2 and cyclin D3).1,2

Risk factors are characteristics that that can potentially increase a person’s likelihood of developing a condition. MCL more commonly occurs in Caucasians than African Americans or Asian Americans. It also occurs three times more often in men than women (although women can develop MCL). The average age of diagnosis is 68 years.2

MCL is an aggressive form of blood cancer and can quickly grow and spread, and 70% of patients are diagnosed at Stage IV. Common symptoms of MCL include:1,2

The staging of MCL describes the extent of the disease. Staging is determined by blood tests (like a complete blood cell count), bone marrow aspiration and biopsy, and imaging tests (like computed tomography (CT) or positron emission tomography (PET)). The stages of MCL are as follows:1

Treatment decisions are based on several factors, including the extent of the disease, the age of the patient, and the general health of the individual. Treatment may include:1

Some people with MCL have a slow-growing form of the disease, also known as indolent MCL. For these cases, a watchful waiting approach may be used, in which no treatment is given but the patient is closely monitored for any signs or symptoms of the disease advancing. Treatment begins when there are signs that the disease has spread.1

The prognosis, or expected outcome of the disease, is dependent on several factors. Patients of younger age and limited disease (earlier stages) have a more favorable prognosis. Those with a TP53 mutation tend to have worse prognosis. Many MCL cases respond to chemotherapy initially but may experience a relapse or recurrence after some time.2

Survival rates are based on previous outcomes of people who survive a set amount of time after diagnosis. However, it is important to keep in mind that many people live beyond five years after diagnosis and the statistics are not necessarily predictive for any one individual. The ten-year survival rate for MCL is 5-10%.2