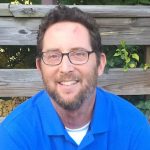 If you’re on social media, perhaps you noticed folks posting pictures of themselves from 2009 and 2019. It’s called the 10-year challenge. I’m not sure how it got started, but it’s taken off. I haven’t posted pictures (although I might), but this morning I was reminded of when my medical adventures started, and it was ten years ago.

Where was I ten years ago?

As I write this, it was about ten years ago that Tiger Woods was in the news for crashing his car and setting off a chain of events in his personal life. I saw this on ESPN. What makes this memorable to me is less the Tiger Woods aspect, but instead I was reminded that I was listening to this news story as I pulled into a parking spot as I headed to my first appointment with a local podiatrist. My right foot was hugely swollen and painful. I couldn’t put any weight on it, so a co-worker recommended this podiatrist. I had injured the foot as a kid and it never felt perfect, but this was the first time that it had ever been so painful.  And this was the first time as an adult that I needed to see a doctor for anything other than a check-up.

Ten years ago, I knew I had health insurance. But I really didn’t understand how it worked. I knew I had PPO, but that meant very little to me. I had signed up for it when I started my job, simply because my boss recommended this to me. The doctor took x-rays and saw immediately that I would require surgery. Since we were coming up on the holidays, I opted to put off surgery until after the new year. The doctor gave me a protective boot to wear until the surgery and I borrowed a cane from my father in law, although my vanity translated into me not using the cane. He also prescribed pain killers just in case. I was asked by his office if I wanted to pick the prescription up or wanted mail-order. Mail Order? That sounded unreliable and unpredictable to me. Ten years ago, I didn’t even understand how mail-order prescriptions worked.

Fast-forwarding a little bit. In early 2010, I had my foot surgery, and all went well. But just one year later, in 2011, I started feeling weak, sluggish and tired. I hesitated to go to my primary care doctor. I finally did and he noticed some abnormalities in my blood results. But he didn’t know why. It then took three months of tests, of me getting much sicker, eventually being hospitalized due to severe anemia, and then being diagnosed with multiple myeloma, an incurable blood cancer.

Suffice it to say, the diagnosis sent me on a medical journey that, thankfully, continues today. I’ve been on several drug regimens since being diagnosed. I’ve been on my current protocol for three years now and it’s gotten my disease to the best place it’s been since diagnosis. I feel great and generally, I’m on cruise control. I do a monthly infusion and take an oral chemo at home. But I am also immunocompromised. So, I caught a cold recently, not a horrible one, but enough to make me lay in bed and feel yucky. It’s hung on for a week and a half and is super frustrating. It’s almost passed. Unfortunately, I’ve had to adjust my plans a little bit because of the cold. And that bums me out. But as a friend pointed out, that’s the life of a myeloma patient. We must be flexible and understand that a little disappointment will creep up on us on occasion. I understand this, yet I don’t like it.

The key, though, is that the disease remains under control after 8 and a half years. It’s pretty darn incredible, really. And as we move past the holiday season, I’m thankful to still be alive and still able to live a fairly normal lifestyle. And with the Tiger Woods reminder, it’s been ten years since my first experience with doctors, surgery, prescriptions, and checking vanity at the door. I wouldn’t hesitate to use a cane now, if I needed it. And I have decided that I’m making my ten-year challenge a look ahead, instead of a look back. I’m planning to be around in 2029 and beyond. And with that, I want to wish everyone a wonderful year and let’s all challenge ourselves to look ahead.