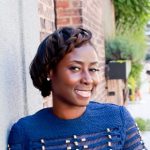 Who would ever think that a discussion of whose cancer is more relevant than another’s would be had, yet we see this happen many times. Did you know there were an estimated 1.7 million cases of new cancer cases diagnosed in 2018, just in the United States alone?1 This means any and all cancerous cells that aggregate in any sector of the human body is an open game. Look, there’s a whole lot of stuff going on and a lot of sick people from all spectrums dealing with cancer.  Why has the mine vs. yours been such a personal struggle? What’s it all about?

As much as I hope and anticipate a cure for “all” cancers, it really does become a tricky conversation. Many believe that there’s big business when the sick get sicker, and maintenance is the true cure. The complexity of cancer and the various types of cancers has actually split everyone up. For most, you fight for what you have. The money that is provided or money sought is battled out between one person’s cause vs. another’s. Who has a better marketing plan? Who has a spin that doesn’t bore and gets the message across? Yes, how sad it is, but the money wars and the divisions between us leaves us all in a mess or some more than others.

The power of pink

Breast cancer was a fear of mine from early on after losing my maternal grandmother to the disease. I worried about the implications of family history and the many other things that could spike the probability for many women (and men) of being diagnosed with the disease. I never in a million would think blood cancer would be my plight… the spirit of the burgundy and other blood cancer ribbons. It’s clear there’s a tug a war with the ribbons, and it seems pink wins when it comes to colorful and bold messages. Yes, the boobies win, because they (committed community, activists) have been able to build a great strategy in bringing strong and bold attention to the cause for the many who are affected by breast cancer.

Though there are a great many developments in blood cancer research and awareness, the revolution is still not having a strong enough “umph” that is needed for more people to care or to generate more money and interest when it comes to research. That sounds horrible, and it is because at the end of the day a marketing strategy doesn’t save everyone (though the money helps by funding new research).

Despite the funding, over 41,000 people will likely die of breast cancer in 2019, while over 58,000 deaths were expected due to blood cancers in 2018.2,3 My point, despite the colors and the fluff in bringing awareness, it’s clear it’s still not enough. We’re seeing too many being diagnosed with cancer, and while many are treating it and beating it, too many don’t make it.

Well, this is the situation we’re in and we have too much on our plate, including surviving each day, to try and take on the world. Yet, we must try and do both. If it means calling your local state representatives to press them on what they are doing to bring attention to blood cancer, then that’s a small deal but a great shift in a good direction. I know it’s easier said than done, but let’s never be complacent in having this disease, with its many faces. It’s clear we should be shouting, “Look at what is happening to me and what are we going to do about it?”

There is no mine vs yours, or at least, there shouldn’t be. Cancer is a huge fight where numbers, the attention each cancer gets, and the funding toward research play a huge factor in us all surviving.

The time to fight is now, with integrity, grace, hope, and a smile….when you feel like it