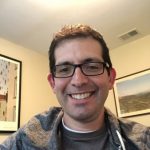 As most anyone born during the period spanning the mid-to-late 1960s to the early ‘80s will undoubtedly recall, there was a well-known board game from that era by the name of Clue.  In fact, Clue was either so popular – or Hollywood was so plum out of ideas – that the board game was eventually turned into a not-so-famous movie with a fairly famous cast.  And since the notion of making a movie based entirely on a Parker Brothers creation was already somewhat gimmicky, the makers of the movie decided to take it a step further and try something that, to my knowledge, was unprecedented at the time by having three alternative endings to the movie.  Based again on my admittedly limited knowledge, such theatrical theatrics have not been repeated since, which perhaps suggests something about the prudence of such an idea.  (Of course, the creative minds from Hollywood recently made Battleship into a movie, so perhaps that too has various endings.)

Do your remember the game Clue?

But for those of you who do not remember the game (or its cinematic incarnation), the premise was relatively straightforward:  You – along with 1-5 others, all of whom were aged 8+ years – must become sleuths and discover – a la Hercule Poirot (or Miss Marple, if you prefer) – who committed the murder, in what room and by using what weapon.  To keep matters interesting, the list of suspects included those with colorful names such as Colonel Mustard and Mrs. Peacock, and they would have had at their disposal such old-fashioned murder weapons as a rope, a wrench or, of course, a candlestick.  All of this would have transpired in the rooms of a house befitting of people with names such as Professor Plum or Miss Scarlett including the billiards room, the library or the conservatory.  The first one to solve the mystery was the winner.

I played many a homicidal round of this game – and did of course see the movie (I won’t give away the perpetrator in the version I saw just in case one wants to see it now, if that is even possible).  I cannot say that it was my most favorite game, but I did enjoy it and I was not too shabby at cracking the mysteries before my friends and family members.  Unfortunately, all of that has completely changed.

A resurgence of Clue-related fun with my son

During the recent celebration of Hanukkah, where my wife and I struggle to come up with eight days’ worth of presents for our kids, Melissa came across an updated version of Clue.  Rather than in board-game format as in days of yore, however, this new installment is a card game.  And to make matters ostensibly a bit easier, in part because there is no longer a pad for making notes as any good gumshoe would, the list of possible suspects, weapons and murder venues has been winnowed.

We presented this hand-held version of Clue to our 9-year-old, Will, for one of the last nights of the Festival of Lights.  To be frank, when one gets down to the penultimate night, the presents tend to get less exciting.  But much to Melissa and my pleasant surprise, Will was quite excited about this game.  We read the rules and immediately set about trying our hands at figuring out – based on our hands – who killed whom, where and how.

As with any good murder mystery game, one needs a minimum of three players.  Since Andrew is only six – and more interested in science than homicide – it fell upon me to make the quorum.  Yet, perhaps relishing thoughts of my old crime-cracking skills, I was eager to participate.

Losing every single round

We played a round and, before I knew it, Melissa had solved the mystery.  I was, admittedly, a bit disappointed but I attributed my failure to beginner’s luck.  No matter – round two was quickly on deck after a shuffle and cutting of the cards.  As I tried to decipher whether Mr. Green would really have the motivation to kill someone in the kitchen with a revolver, Will proclaimed that he had solved the mystery!  And dammit if he wasn’t correct.

Because Melissa and Will were having so much fun, we played again.  And again.  And again.  Over the course of the next several evenings we played many rounds of Clue.  And I lost. Every.  Single.  Time.  In fact, the only time I didn’t lose was when we all guessed incorrectly.  I considered that to be a modest victory.  Very modest.

A stark reminder of my chemo brain

I mention all of this not because I am a paid spokesperson for Parker Brothers (although I am available), but because I became disturbingly aware during my drubbings why I was losing.  Granted, Melissa is a doctor and Will is probably smarter than the sum of his parents, but I realized that I could not keep the information in my head.  At all.  Ever since undergoing chemo, my ability to retain information frequently eludes me.  It is as if my mind is just too tired to remember something – or anything.  Try as I might, I cannot penetrate the fog that is just between me and the would-be subject of my recollection.  It is exhausting trying, but it matters not as no amount of effort allows me to recall that which I cannot.  It is like tip-of-the-tongue phenomenon, where the words one is searching for are almost available to you but just remain out of reach.  Except that here it is not words I cannot remember, but mostly anything.  I could not remember if Melissa had asked Will about Mrs. White and the study or, if she did, what Will told her.

My hope to regain cognitive function

I am not a particularly vain person.  I like to think that I have more intelligence than the average bear, but as a father, I am of course hoping that my sons far surpass whatever I know.  Even as a husband, I am more than happy to have a spouse who is smarter than I – it takes a lot of the pressure and responsibility off of me.  But as someone who used to be able to focus well and memorize anything, it is quite troubling to not be able to remember something as uncomplicated as Mrs. Peacock and the rope.

All I can do now is to try and regain some of my cognitive function that I have lost.  Supposedly it will come back, but it has been 18 months since chemo ended and the problems are not dissipating.  So I purchased a book of “very easy” Sudoku puzzles and another book of word searches.  Hopefully this will help exercise my brain and clear out the chemo that has been left behind.  But until it does so, I have secretly hidden the Clue cards.  Fortunately, if anyone asks me what I did with them, I can honestly say I don’t remember.