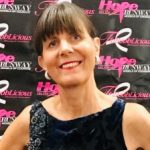 It was one of those days.  One of those days when I should have just stayed in bed. My day started out poorly. Just climbing out of bed took some effort. I felt lethargic – which wasn’t too uncommon in my daily struggles with polycythemia vera – as I got ready for work. To add insult to injury I could tell the AC on this hot and humid South Texas May morning was not working up to its potential.  Then traffic sucked.  Not that it doesn’t normally, but it was especially bad, ultimately making me late to work.

As I fought the traffic on my way in that morning, I was thinking, “if it isn’t one thing, it’s another, it’s always something.”  I searched to see who said this quote once I arrive at my office. I figured it was a profound comment from a famous poet laureate. Nope…Google results came up with the late comedian Gilda Radner.1

That day was May 20, 2019, which ironically was the 30th anniversary of Gilda Radner’s passing from ovarian cancer.  Since I was fascinated that I searched for that quote on the exact anniversary and she was also affected by cancer, I thought it was a sign and so I did some more research on her.

I faithfully watched Saturday Night Live every week back in the late 70s.  I still remember her crazy frizzy black hair, bright red lipstick and her nasally voice as she played the role of the rather obnoxious Roseanna Roseanadana. She was part of the original cast, back when in my opinion, the show was actually funny.  I knew she was married to Gene Wilder and passed away from ovarian cancer in the late 80s.

“It’s always something” has kind of become my mantra. From the cancer diagnoses of breast cancer and polycythemia vera three years ago, through chemo treatments, multiple surgeries, more procedures than I can even count and now living with my “new normal” I always feel like if it isn’t one thing it’s another.

Not sure about others diagnosed with cancer but for me it seems that there “is” always something; a constant barrage of bad news. I would finish a treatment and think everything is good only to be diagnosed with yet another medical condition either related to the cancers, treatment, or from just plain getting old.  Most of the time it would blindside me, just like the polycythemia vera diagnosis originally did.  It’s gotten to the point that I’m afraid to go to the doctor wondering what they’ll find next.  Just last week my provider reviewed the results of my recent bone density scan. Apparently now have osteoporosis.