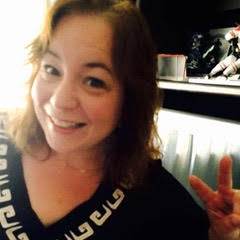 Maria has been a Chronic Mylogenous Leukemia patient since 2012. She has navigated her way through trials of daily oral chemotherapy and balances her diagnosis with raising her family and working for a non-profit charitable organization. While working with adults who have experienced various forms of disability their entire lives, Maria has developed a passion for community inclusion and individual self-worth.

Maria Valente considers herself fortunate to have had a family doctor who investigated rather vague symptoms of fatigue, crippling infections and unexplained bruising. After months of blood work, the culprit emerged like a needle in a haystack. CML blast cells required immediate treatment. After Gleevec proved intolerable and then ineffective, Maria was prescribed Sprycel and celebrated a complete molecular response in 2017. Maria jumped at the opportunity to take a chemo break which was unfortunately short lived. Within three months the leukemia had returned in a way her oncologist described as 'aggressive'.

Today Maria continues her regime of life saving daily oral chemotherapy. She describes her diagnosis as a chronic illness which has been disabling at times but has yet to slow her down completely. Her first published article for Blood-cancer.com, The C Word-Telling Your Children, was inspired by her need to reach out to other parents facing similar struggles.

When asked how she copes with cancer, Maria is quick to describe her workplace as incredibly inspiring. People who have known disability their entire lives have a unique resilience, she says. She describes the support of family as priceless while incredibly adventurous friends help her to keep things fresh and new. Maria holds a degree in Sociology and believes education to be a lifelong pursuit.

"The online community has taught me so much about this illness and our ability to provide self-care in coordination with the medical experts who guide us. Though the online community I have found a voice and a connection that validates my experiences.

Click here to read all of Maria's articles on Blood-Cancer.com.