Noticing (and Generally Ignoring) the Early Signs of My Blood Cancer 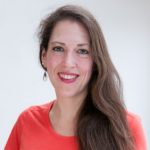 Having lived with chronic myeloid leukaemia (CML), or how I refer to it ‘old man’s cancer’ for just over 11 years, it’s always a bit of a challenge to know where to begin, what to include and what to leave out. Having ‘lived’ in the NHS (National Health Service in the UK) for this long means that I have experienced so much. I suppose the biggest changes I have seen here in this time is that cancer is now openly talked about, the patient is meant to be a part of the decision-making process in terms of their treatment, and your emotional health is also acknowledged (or at least it’s meant to be). These things were not commonplace, or part of national guidelines, when I was diagnosed on January 19th, 2007.

My diagnosis, unlike many in the teen and young adult age category (16-24), was within 24 hours. I didn’t feel ill. I didn’t have symptoms that bothered me for months on end with repeated trips to the GP. I felt ok. Now, with the knowledge I know about red flags and cancer, my body had been trying to tell me for 6 months that something really wasn’t right.

The onset of vague symptoms

The first, which to me, as someone who had battled with their weight since childhood, was weight loss. To me, aged 22, going down from around a size 14-16 to an 8-10 was BRILLIANT!!!! At no point did I think this was bad news. It was AMAZING! I was thin for the first time since I was 9. This was a very good thing.

The second was my hair coming out in handfuls when I washed it. It had also become much thinner. This worried me a bit and I remember mentioning it to my family when I was at home from University for my Christmas holiday. As such a minor thing, I was reassured and then didn’t really think about it.

Slightly weird food cravings that were noticed by friends. I ate beetroot every day for months and then got very obsessed with pumpkin seeds. Jokes were made, but once again, I just laughed and carried on eating them. I have since found out that beetroot is very nourishing for the blood and pumpkin seeds are very anti-inflammatory. (I could, without knowing what I was feeling, feel my spleen because it was so enlarged).

I went off smoking and felt sick every time I lit a fag. This I found very strange, but knowing all the health concerns around smoking, when I stopped I didn’t mind. But everyone, including myself, found it very weird that I was a non-smoker.

At the insistence of friends, a visit to the doctor

A lack of concentration and needing a lot of sleep, which impacted everything in the week leading up to my diagnosis and was a huge part of why I went to the doctor, alongside nearly fainting twice in a week. I don’t faint and I was made to go to the doctor by my friends.

So, on the morning of Friday 19th January 2007, I found myself at the doctor’s explaining how I felt not right but not wrong either. That led to a blood test, as the GP said she didn’t know what was wrong. I don’t know if she suspected something, or genuinely didn’t know. That night, around 7.30pm, the phone rang. It was someone at a hospital asking how I felt and that I needed to go in. Around an hour later, after two more calls from the hospital, I had enough information for me to work out they thought I had cancer. Phoning home to tell my parents, I went into the hospital and was told I had chronic myeloid leukaemia.