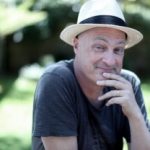 Hopefully, you’ve read my first article on CAR T-cell therapy or seen something about it on news reports. It’s getting to be quite the hot topic to write about. I wanted to give a bit more detail on how the treatment works and why it’s so interesting and new.

How does CAR T-cell therapy work?

You may have read that CAR T-cell therapy involves taking the patient’s own immune cells, and ‘retraining’ them. Sounds simple, but the science and engineering required is anything but…

Each T-cell in your body has randomly formed to recognize difference infections. On the outside of the T-cell are a series of molecules (chemical compounds) called ‘receptors’, whose existence was only discovered in 1984. These receptors are attracted to other chemical shapes, a bit like a lock and a key. When the T-cell, wandering around the body, realizes that its lock matches the key of another cell, it binds to it. It ‘clicks’. So the theory behind CAR-T cell therapy is to build the cells with the right keys on them to click with the cancer cells.

But how to give the cell a key?

This is where it gets quite sci-fi.

Scientists worked out that they could get a sequence of DNA (the building block of life) that ‘codes for’ the key shape they need – basically it’s the blueprint that the cell can use to build the key which goes on the outside of itself. Knowing the blueprint for a key was a major step, but of course, the blueprint needs to be coded into/within the cell…

This is where viruses come in. If you’ve ever visited your family doctor with a sniffly nose, you’ll know that viruses are part of human life – we basically have viruses infecting us regularly. A virus is a strange little thing – it’s sort of half alive. A virus exists to replicate itself, and not much else. It does that by hijacking cells to get them to take in its DNA, and then make copies of it.

So what if we could fool this hijacker? What if we could use its mechanism of hijacking cells to insert the DNA we need, instead of its own? That’s how the cell re-training is essentially done. Scientists take a type of virus, called a lentivirus, disable some of its functions, and insert the DNA that codes for the key shape. (This lentivirus, incidentally, is actually derived from the HIV virus that causes AIDS. I find it satisfying that we have taken the scourge that is AIDS and worked out a way that we can use some of its tricks to save people. Take that, HIV!)

But what about the lock?

So now we have a way to make T-cells with the right key on them, but how do we work out the lock it fits? This is actually where a lot of research is going these days, into new locks (or ‘targets’).

In your science textbooks at school, you may have seen a picture of a cell. An outer membrane, some gunk inside, and in the middle a round ‘nucleus’ which holds the DNA. It’s a bit like a piece of chocolate with praline and a peanut in the middle.

Well, unsurprisingly, it turns out this simple diagram is a bit too simple really – the outer membrane of the cell, when you look at it close up isn’t smooth at all but covered in bumps and protrusions. It’s like when you look at photos of the earth from space, you see a perfect globe, but get closer in and you’ll see the mountains, valleys and skyscrapers that mean the surface isn’t smooth at all (or flat, for that matter).

On a cell, these lumps and protrusions are protein molecules, often originating inside the cell and sticking through the membrane. There are lots of them, and some of them are used by the cell to send chemical signals to other cells, or to work out how to link together. And here, again, is the clue we need.

As mentioned, this is where the research today is spending a lot of time – the technique for creating keys is now well understood, and if we can find the locks then we have the complete set.

My experience with CAR T for diffuse large B-cell lymphoma

I had a type of cancer called diffuse large B-cell lymphoma, and luckily for me that was a cancer type where the suitable lock shape was one of the first to be found – a particular shape of molecule on the outside of the cell called ‘CD19’, where CD stands for ‘cluster of differentiation’ – ie, a bunch of stuff that is different. CD19 is a biomarker (like a sign) that the cell is not working correctly. This same biomarker is on cancer cells for a number of blood cancers, and so has become a good target for cancer treatment using CAR T-cell therapy in hematology. It’s the lock for the CAR-T cell key.

Once the modified T-cell (with the new key sticking out of it) is put back in the body, it wanders around until it finds a suitable cell with a ‘lock’ on it (“you complete me”…) and they bind together. Then the T-cell essentially tells the target cell to die… which is also an amazing bit of science, that you will have to wait until Part 3 of this series to find out about.

In the meantime, marvel at the thousands of insights and discoveries that led to this incredible treatment. The combined efforts of hundreds of scientists, engineers, and physicians who worked out the key to treating cancer with the immune system.