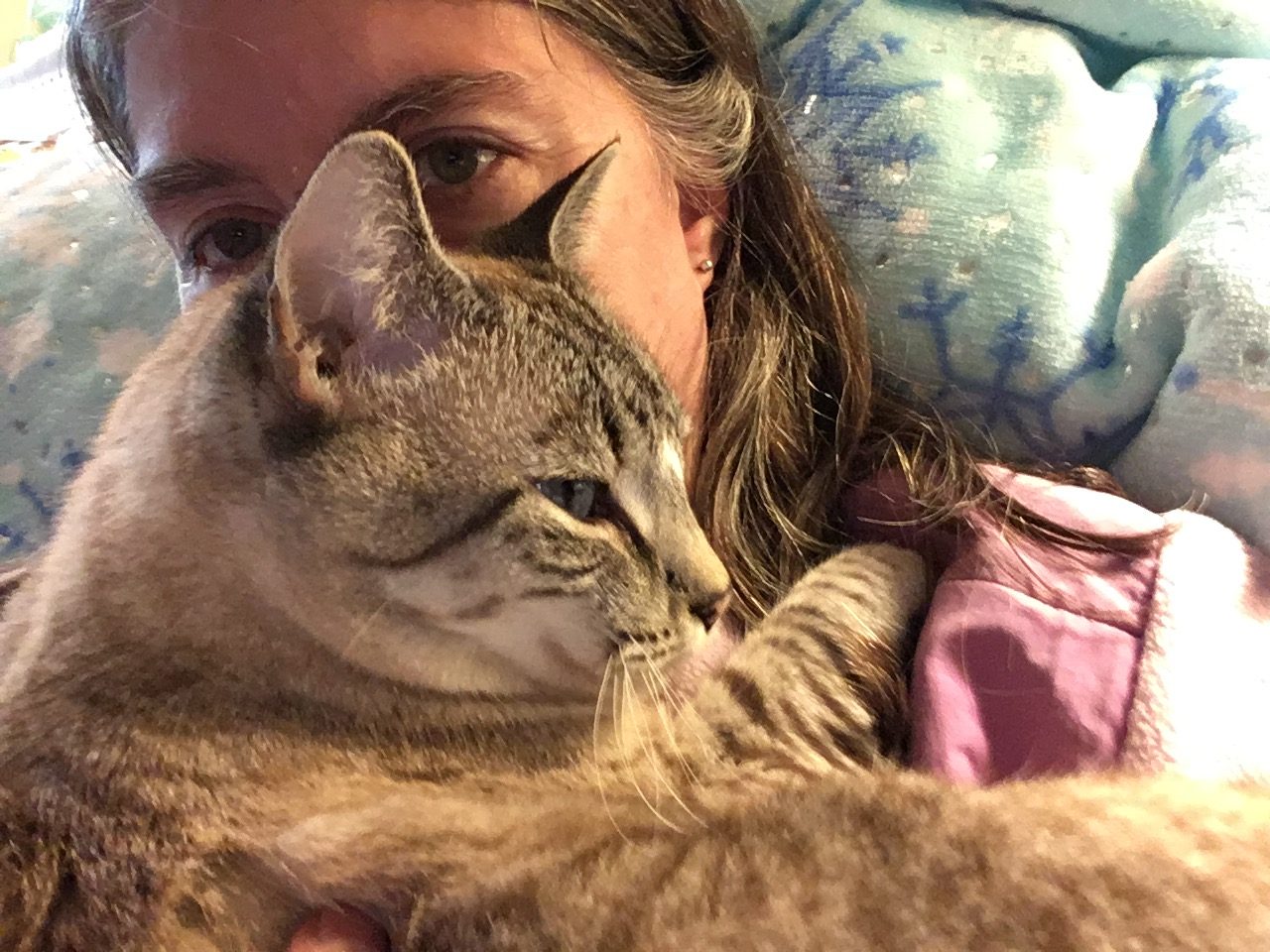 Carolyn was previously an advocate on Blood-Cancer.com.

I’m Carolyn and I am a single parent of a daughter I adopted as a first grader. Starting when she was in 3rd grade my life appeared to have taken a left turn onto the travel path called, “If it is Monday it must be Paris (breast cancer), if it is Tuesday it must be Copenhagen (blood cancer), if it is Wednesday…” trip. The upside is that I have learned to how fight and win many, many billing and insurance issues. I’ve had, so far, four different kinds of cancers. I’ve had three relatively early basal cell skin cancers (I had an earlier career working for outdoor adventure programs and on tall ships in multiple countries which was a blast but now I am paying the price). I have also had a very early colon cancer found accidently and removal was the only treatment needed. Then I have also had breast cancer on both sides and follicular non-hodgkin’s lymphoma (one of the indolent, incurable blood cancers). In the back of my mind is the secondary cancer risk fear from the 14, soon to be 15, CT scans (3 were PET/CT) I have had so far.

The years 2010 and 2011 really deserve a “are you seriously kidding me?” award. The second breast cancer (the first was in 2003), early colon cancer and fnhl were all diagnosed in 2010 (in retrospect it was clear I had the fnhl since at least 1997 with B symptoms) with treatment continuing into 2011. That year I had to use all the skills I learned taking adjudicated youth canoeing across the state of Florida (lets just say trying to make the staff mad was their entertainment) and put them to work so as not to (metaphorically speaking) murder my boss, one of my several oncologists, my daughter’s school principle (umm yes this child is going to act out when her only parent has a pile of health issues, duh) and a couple of family members (who decided it was too stressful for them that I had so many cancers that year so don’t talk about it with them). It didn’t help that I had no “caretaker” and drove myself to all appointments and chemo.

I used to be active on (outside of here) several breast cancer sites/lists and am active on one fnhl site and one nhl list. Much of what I do on the other cancer sites is post about the emotional earthquake that a cancer diagnosis can be in response to those having a hard time with their diagnosis, and take published scientific research and translate that into “everyday person” English so that those without a science background can understand them. I also spend time debunking snake oil “treatments”. In addition I post, on occasion, about my approach to the twisted path my life has taken with all these cancers and how I cope (or not cope as the case maybe at some points in time).

I finally did finish grad school (PhD), although my first breast cancer dragged that out and increased my student loan burden to astronomical levels – this was pre Obama/ACA insurance and student health insurance had no out of pocket limit, I had complications with the reconstruction. I lost my faculty job with my “3 cancers in one year gig” – although they waited to get rid of me until a year later, stating (in writing) that I was “too expensive” for their insurance. Normally this would be illegal, but in an “at will” state if they wait to do this until the end of your contract it is, unfortunately, legal.

My employment since losing my college faculty position has been piecemeal (adjunct work, visiting positions, and manual labor for a plant vendor in Walmart’s parking lot in the deep south’s sun with sweat dripping off my eyelashes – did I mention I don’t like to garden?). I’ve also been on food stamps and lived in HUD on several occasions (including at the moment). As I live in a state that did not expand Medicaid, I also, at one point in time, had to choose to live in someone’s shed for 19 months (my daughter, fortunately, had just moved out and was sharing an apartment with friends) so that I could afford health insurance. As a result I have had a wide range of “interesting” experiences that likely I otherwise would not have had were it not for cancer. Spoiler alert: in my opinion not worth having cancer to have had them – yes I know others have found there was a valuable side to this.

Cancer though is what I have and not who I am. I like animals and so volunteer with an animal rescue organization. There is nothing quite like a purring cuddle cat. I currently have five, although I am trying to find a home for “the bird feeder is dinner bait” kitty and “parking lot” feral kitty (now a sweet, grateful lap cat). I play a number of musical instruments including the carillon (cast bells in a tower), I make stained glass windows and 144 scale miniatures, and make ships in bottles. I do outdoor adventure things. I like to read and listen to music. I started an NGO in a least developed nation back when I was in grad school. Mostly though I live an ordinary life interrupted here and there with cancer crap.

Click here to read all of Carolyn's articles on Blood-Cancer.com.

Blood Cancer and Other Health Conditions